If you're working from home but still need to hop on the occasional video conference call, you'll want a hairstyle that's easy to maintain and simple to style in a pinch. Here are five short men's haircuts that are trending and current, but won't cost you precious sleep in the morning.

1. Buzz Cut: This type of haircut usually means a 1/16 to 5/8 inch cut all over the head with electric clippers. Since it requires no styling effort, you'll always be ready to roll with this look. However, a buzz cut does warrant upkeep at a barber or at home with your own clippers to maintain the length. Buzz cuts continue to be popular, especially paired with edgier clothing for a modern appearance.

2. Butch Cut/Induction Cut: Within the buzz cut family, a butch cut is about 1/4 inch in length all over, occasionally with a slight fade on the sides for some dimension. An induction cut is the shortest buzz cut. Achieved with no guard on the hair clippers, this near-shave is common for new military recruits but is also convenient for anyone wanting a non-fussy style.

3. Clean Shave: Even more liberating than a buzz cut, a clean shave takes no styling time in the morning. However, it does demand frequent shaving to maintain a neat appearance. Alternating between a buzz cut and a clean shave is an attractive option for men who prefer the simplest styling.

4: Crew Cut: This haircut got its name from university crew teams, whose members needed shorter hair to prevent it from blowing into the faces of the other rowers. The crew cut is longer on the top and fades to a tapered neck. While this is not a difficult cut to maintain, it usually needs some styling in the front. A quiff, or the styling of the front portion back and to the side, is a common way to arrange this cut. For a more professional look, a side part and some pomade can dress up a crew cut. Ask your barber to clearly define your part so it's easy to style in a flash.

5. Taper Cut: Easily the most popular hairstyle in recent years, the taper cut fades around the neck and ears and gradually gets longer toward the top and front of the head. This is another shape that looks good with minimal taming—the ultimate "woke up like this" style. The taper cut is a good choice for alternating between work and leisure with ease.

For more insight on popular hairstyles, make an appointment at a local barbershop. 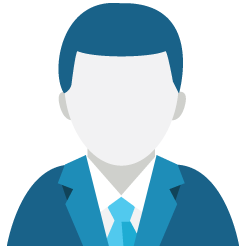 While it's necessary to invest in commercial hair and skin care products, it can get pretty expensive to keep your collection stocked with everything you need. A great way to offset your beauty product costs is to make some of your own personal products at home. You can also utilize tips like using coconut or cacao butter on your skin instead of commercial lotions, at least part of the time. If you're looking to lead a more natural lifestyle and find a balance between homemade beauty options and commercial hair and skin care products, this is the blog for you. It's full of helpful information, insight, how-to guides, and reviews so you can create a successful game plan that meets your specific needs and wants.